Our Context
People we serve!

Communities in and around Lalbaug comprise of underprivileged; who are mostly casual laborers and domestic workers. Most of educo SBPMPS students' parents are daily wage earners, taxi drivers, and manual workers. Almost 80% of our students are first generation learners coming from families of ex-mill workers and migrant labourers. The standstill in the city, due to COVID19, left them with no source of daily income for basic food expenses.

Mill Crisis & its effects on community

When the Great Bombay Textile Strike was declared in 1982 by Datta Samant, there were an estimated 240,000 workers in Girangaon. Lalbag Parel was then called Girangaon, the village of Girnis (textile mills). However, the mills were permanently closed after the Great Bombay Textile Strike of 1982, which went on for 18 months at many mills and triggered the end of the struggling industry, with most of the mills being shut down after the strike. By 2007, only 25,000 people worked in the few remaining mills.

In Mumbai, the downfall of the mills inverted the city’s employment pattern. India has always had a large share of the so-called unorganized sector, but until the 1970s, Mumbai was different; in the city, the organized sector had always been the predominant employer. That changed as the textile industry withered, said the 2009 Mumbai Human Development Report published by the city’s municipal corporation. 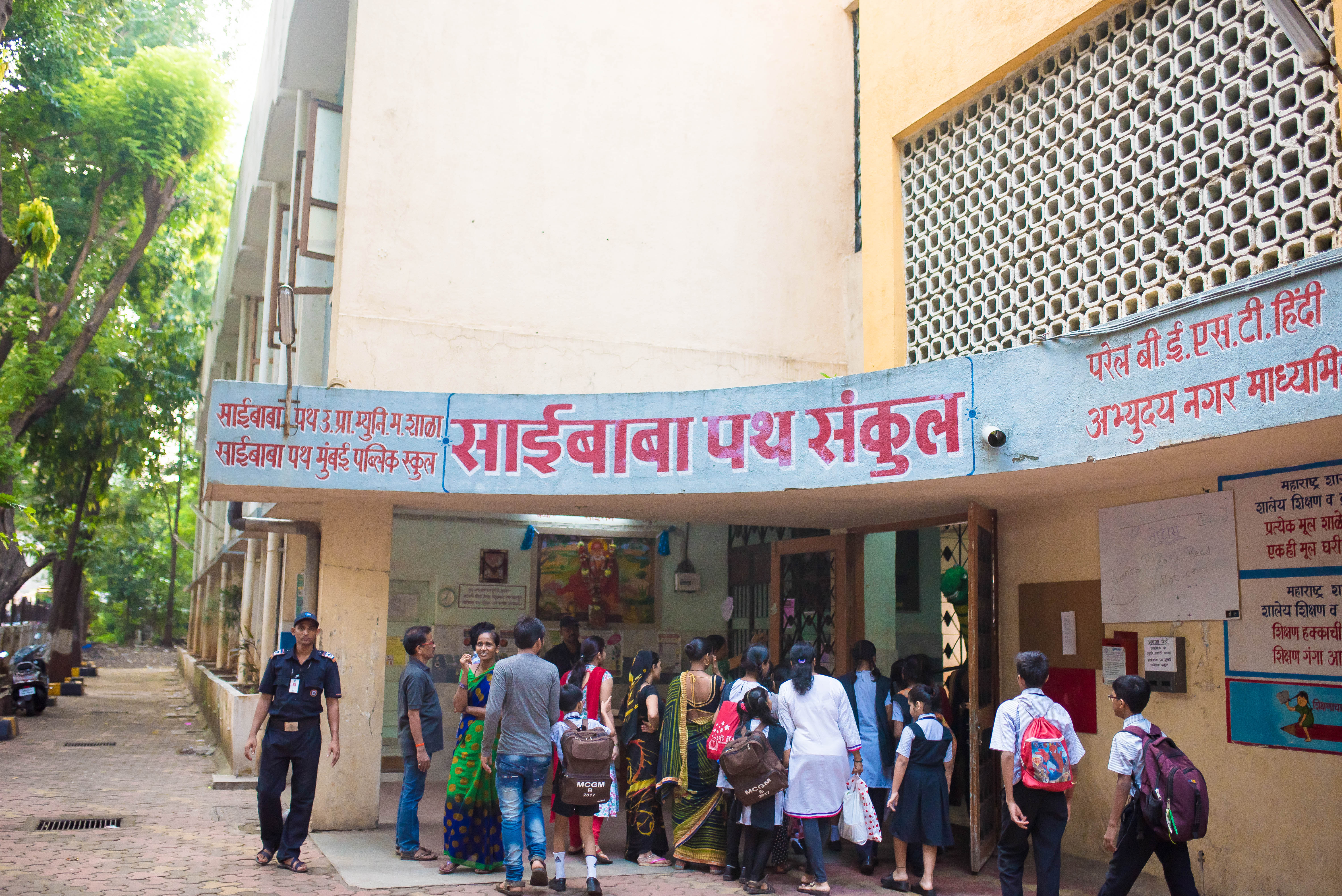 These families had no alternative source of income. Few went back to their villages but most of them stayed back with a hope of realizing their rights. Unemployment led to increase in crime rates and the young ones helped in making ends meet.

Our students parents, are the children of these mill workers and suffered the brunt of the unfortunate developments. They are now casual and domestic workers due to the absence of any opportunity in their lives. In this backdrop, Educo initiated a school project to provide a successful and effective formula to educate economically disadvantaged children in Mumbai, and in particular the Lalbag area through the Saibaba Path Municipal School in the year 2008.
Read More on History On Lalbaug : Click Here

The community of Parel over the last 4 decades has grappled with poverty and despair. As the ‘80s mill crisis loomed, it created a loss of income for millions of migrant workers and dashed any aspirations they had. The children of these mill-workers, being our school parents, had to survive their childhoods battling these challenges. Due to the lack of educational opportunities, they were no better off in the employment market than their mill-working parents.

Currently, they are manual laborers with low-income and very little income security. The unfortunate decline of Marathi medium schools, coupled with a drastic drop in quality, exacerbated the lack of educational opportunities for their children who are our students. Despite Parel being in an area with a high HDI of 0.64 (Mumbai ranges from 0.02 to 0.96) there is a vacuum of quality schooling for the underprivileged children of this area.

As per the RTE, the SMC has a participation of women, staff and representative of local government. The meetings are held in accordance to the legal requirements. We have a robust and proactive SMC since 2010. The SMC actively participates in the management of school functions and supports various activities like annual day organizing and project day.

We salute our engaged and conscious parent body and welcome suggestions.

The strong support and cooperation of the parents over the years has channeled the growth of the school to what it is today. Not only are we fully engaged with the parents but also have a good standing in the community. The local representatives of the community share a good rapport with the school parents and management. 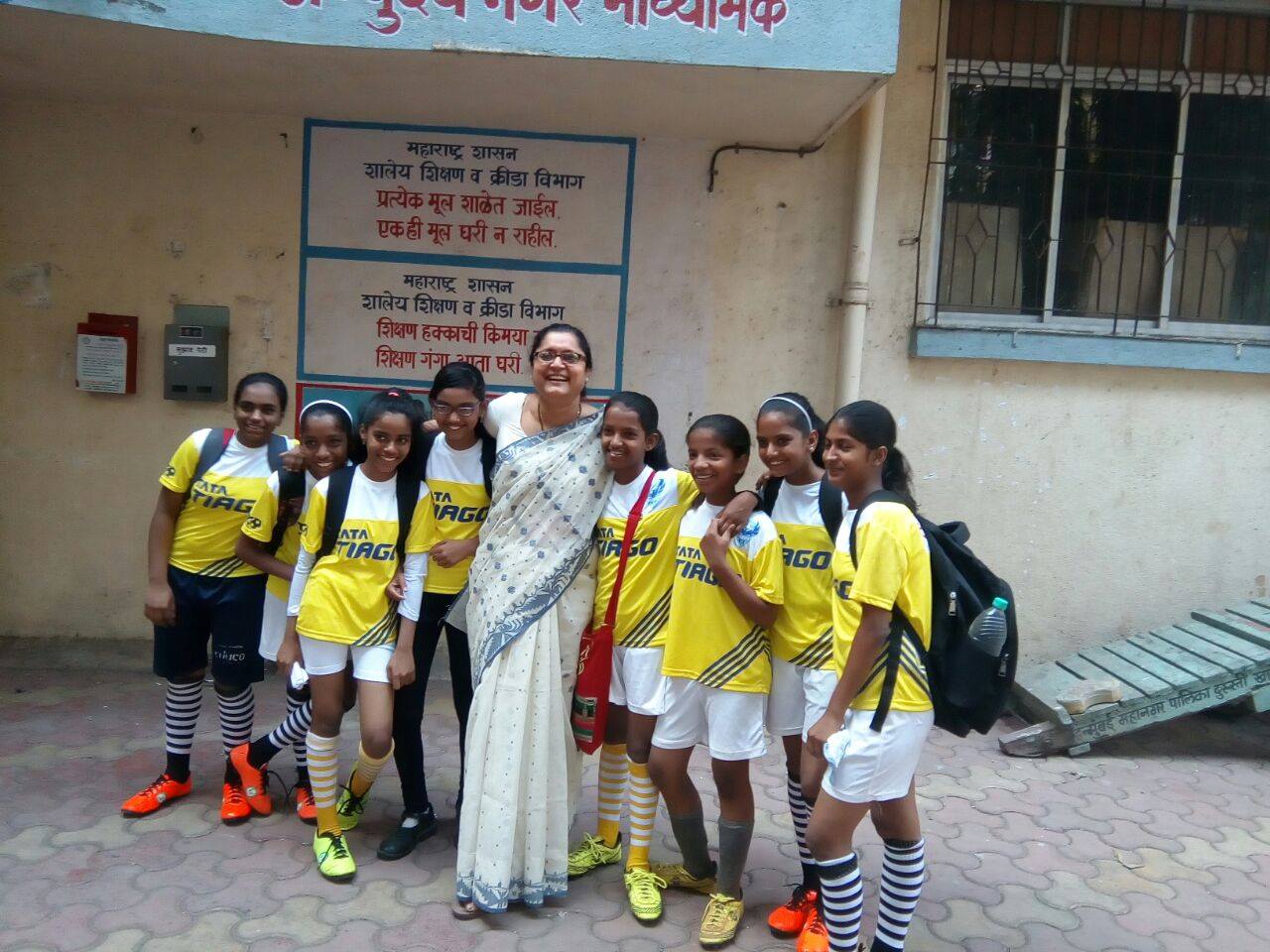 The children at SBPMPS come from challenging background of dire poverty and deprivation. They are mostly within walking distance of the school and are the residents of the neighboring slum communities. Most of the parents are low tier domestic workers, drivers and casual labourers.

We at Educo understand the importance of parent’s engagement in the daily tasks and events. This way parents have a sense of ownership on the school. Our community coordinator and social workers conduct the following activities to engage with the parents and ensure an involved parent body.